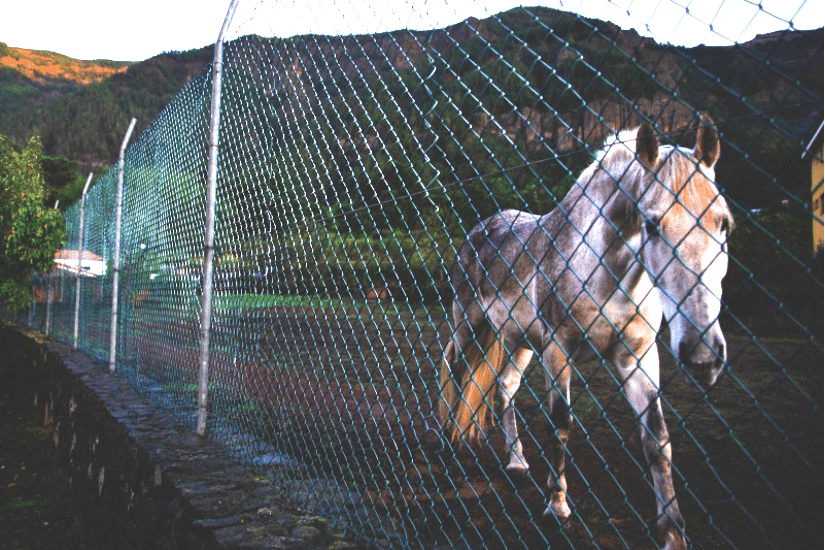 If you’ve ever wondered what type of exotic species to consider, you’re in the right place. Today’s post is a follow-up to last month’s write up about game fencing and exotic animals and shares information on a few animals you may not have considered for your property.

The screwhorn antelope, or addax, is actually native to the Sahara desert’s northern region. As an endangered species, the world is dangerously close to losing this majestic mammal. If you’re getting ready to add game fencing to your farm with the intention of adding exotic species, consider the screwhorn antelope. With a lifespan of up to 25 years and a diet of shrubs, wood bark, and grass, you’ll actually have very little care and maintenance but will get to enjoy the silhouette of their Maleficent-like horns roaming in the distance.

Native to India, the blackbuck antelope has similar horns as the addax. What makes them stand out is the sharp contrast of light to dark fur on their muscular and lean bodies. Relatively small, blackbucks only grow to around 84 pounds and stand less than 3 feet tall at the shoulder, making them ideal for short game fencing.

Buffalo are an iconic site in the American Midwest. Unfortunately, there are only around 500,000 of these North American natives left in the United States. There has been a large push across the board to increase their numbers. Although Buffalo bulls can stand more than 6 feet tall, they typically do not jump very high, and your game fencing does not need to be more than 4’6” to keep them contained. As an added benefit, Buffalo have very few natural predators due to their sheer size and strength.

Similar to an emu or ostrich, the rhea is a flightless bird that stands around 4 feet tall. If you have a field with a bit of cover and lots of open spaces, then you can easily delight in watching baby rhea follow along with their fathers, who are also the primary parents.

It’s true that sheep are native to America, but there are some species found more predominantly in the Caribbean, Syria, or the Mediterranean islands. A few examples here include the Barbados blackbelly, the black Hawaiian, and the painted desert sheep. These start at around 25 inches tall, and some have horns that can grow to more than 3 feet in length. The vast majority of sheep will do just fine with low game fencing, but you will need to speak with animal experts about their compatibility with your climate.

You have no doubt seen Zebra when visiting the zoo or watching videos about the Serengeti plains. But, you might not realize that zebras can thrive in much of the southern United States. Low fencing, open plains, and plenty of food and water are all you need to keep zebras healthy and happy. They are herbivores that are highly disease-resistant.

Ultimately, the animals that you have on your property will depend on your climate, space, and game fencing preferences. But, those listed above are easily acclimated to most southern states, including Texas, Tennessee, Alabama, and Mississippi.